Whiteford, MD – While both engines were assisting Bel Air VFC on below incident. At 1516 hours, Whiteford Volunteers, along with Co. 9 and York Co. Rescue 57, were dispatched for an MVC with Rescue at the intersection of  MD Rt. 136 and Eagles Grove Court. Dispatch advised responding units that the caller reported one subject trapped. At 1519 hours, Chief 6-1 arrived and reported two vehicle MVC with one on its roof and the other on its driver side. Prior to arrival, the driver of the car had self-extricated and van driver was trapped inside the vehicle. Crews made assess into the van by removing the front windshield and extricating the driver in about 10mins.  Both drivers were evaluated by EMS and refused any further medical treatment. 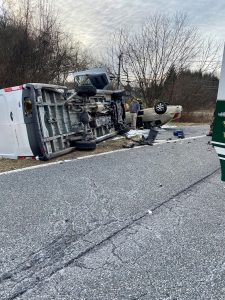 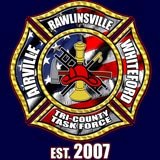 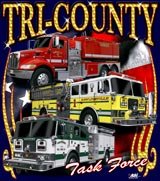